Fine-Tuning in the Cosmos 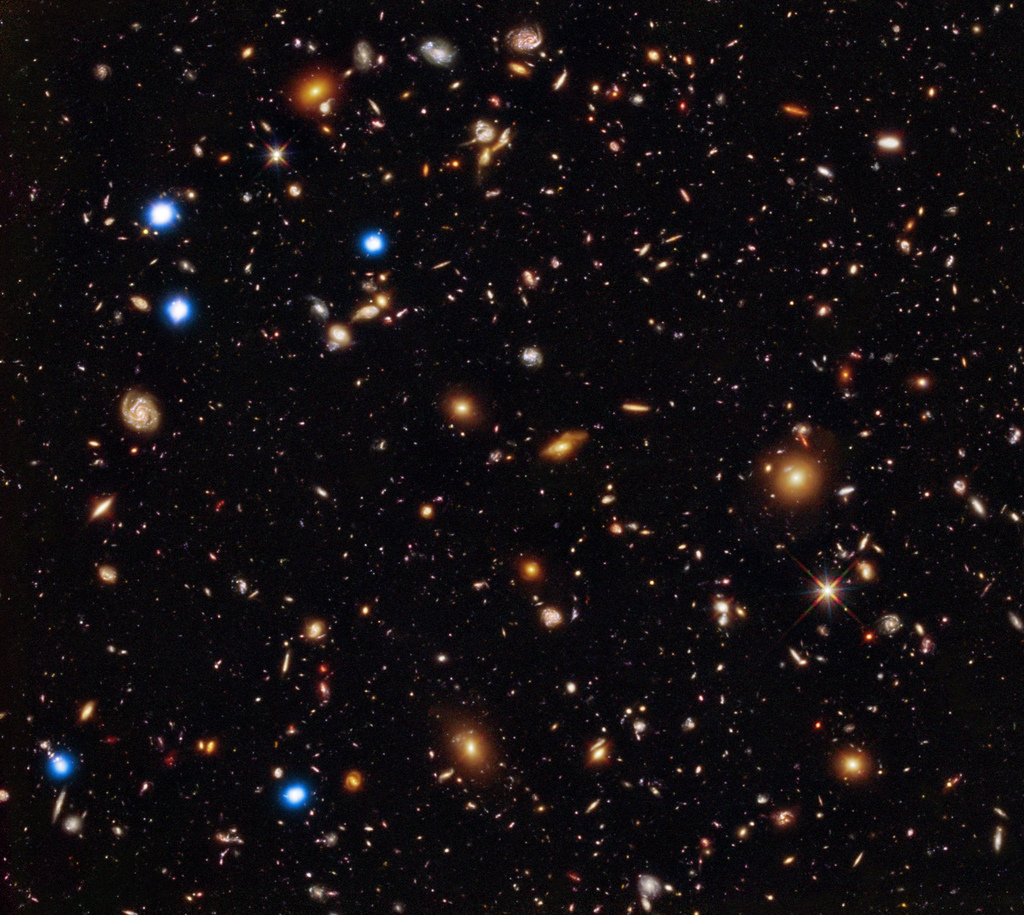 This image is a three-color composite of the Chandra Deep Field South. Take a moment just to look at it in wonder. Pretty much every object in the photo is a galaxy, containing billions of stars.  The area of space in this photo takes up only one part in 375,000 of the entire expanse of the celestial sphere. Everywhere else we’ve looked, we’ve also seen myriads of galaxies. The Cosmos is awe-inspiring.

Another amazing feature of the Cosmos is that it seems fine-tuned for life. When a guitar is fine-tuned, the length of its strings have to be just right in order for us to hear the right sounds. When we talk about the Cosmos, fine-tuning means the astonishing precision of the physical constants and the initial conditions of the Universe. We observe that if certain values for the physical constants, such as the gravitational constant, were slightly different, carbon-based life in this Universe would not have been possible at any point. Other examples of fine-tuning could also be given, such as the so-called large number coincidences and the triple alpha process.

What is important, though, is what is implied by fine-tuning. Fine-tuning is done for the sake of something else. It points toward an end, a purpose. There is intelligence involved. Even the atheist Fred Hoyle admitted that it really made sense to say there is intelligent fine-tuning. In his words, “A commonsense interpretation of the facts suggests that a superintellect has monkeyed with physics, as well as chemistry and biology, and that there are no blind forces worth speaking about in nature. The numbers one calculates from the facts seem to me so overwhelming as to put this conclusion almost beyond question” (Fred Hoyle, “The Universe: Past and Present Reflections.” Engineering and Science, November, 1981. pp. 8–12).

There is either a purpose for the Universe or there is not. Intuitively, we believe that nothing happens without a reason. Based on that, we might naturally come to the conclusion that the Universe was probably caused by an intelligent Agent. Alternatively, we could cite the Anthropic Principle, which states that observations of the physical Universe must be compatible with the type of life that observes it. Fine-tuning is, therefore, unremarkable. We would not observe the constants of nature and the initial conditions that we do if our Universe were incompatible with life. One thing the Anthropic Principle does not explain, however, is why anything should exist at all.

In conclusion, the Cosmos is beautiful. There are several examples of the finely tuned nature of the Cosmos: constants and initial conditions were set to an astonishingly high precision required for carbon-based life. The intelligible nature of the Universe points toward an intelligent Agent. So if we accept that there is a purpose to the Universe, what then is this purpose?