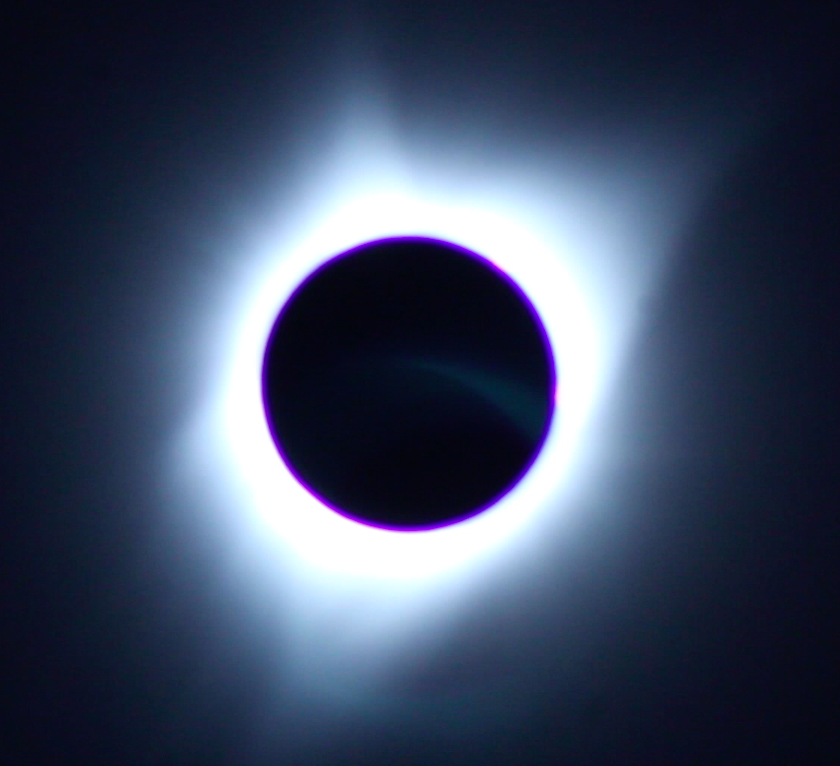 The two minutes and six seconds of totality I experienced were otherworldly. Time had paused and I was submerged into an ethereal reality. I had spent so much time preparing for this, and yet it passed by so quickly. As the Moon’s shadow had approached from the west, an irrational fear took hold of me and I felt as if I were supposed to resist the imminent darkness but was powerless to do so. Intellectually I knew that was false, and I soon returned to peace once totality began. It was as if a gaping hole in the sky suddenly opened, surrounded by the solar corona. Stars and planets became visible. Was I dreaming? No, this was the awe-inspiring experience of a total solar eclipse.

Here is a two-minute summary video of what I captured:

The first half is simply the eclipsed Sun. The second half is a view of the west to see the approaching shadow along with a sheet spread out in the foreground to display shadow bands in the seconds before and after totality. No video can do justice to a total solar eclipse. It’s the experience of a lifetime.