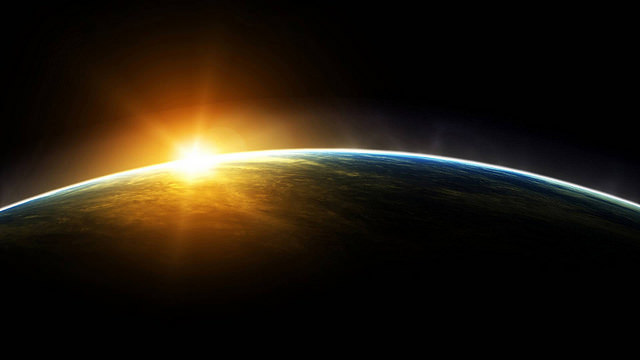 When the Earth spins on its axis, the 360-degree turn is not actually what we normally call a day. That would be considered a sidereal day, that is, a day according to the distant (“fixed”) stars (the genitive singular form of “star” in Latin is sideris). A sidereal day takes 23 hours, 56 minutes, and 4 seconds on average. Since the Earth has moved along its orbit around the Sun during that time, it takes the Earth a bit longer to face the Sun again. When we think of a day as a 24-hour period, we are thinking of a solar day. It’s not always exactly 24 hours, but since that is the average, that is the time period we go by for scheduling events on Earth. After a calendar year has gone by, therefore, we’ve had one more sidereal day than we’ve had solar days. 2015, for example, is not a leap year, so it contains 365 solar days, which implies 366 sidereal days.

One related fact that is useful for observational astronomers is that one month corresponds to two hours. Let me explain with an example. The night sky on November 1 at 10pm will appear to be the same as the night sky on December 1 at 8pm. This, of course, only applies to the stars.