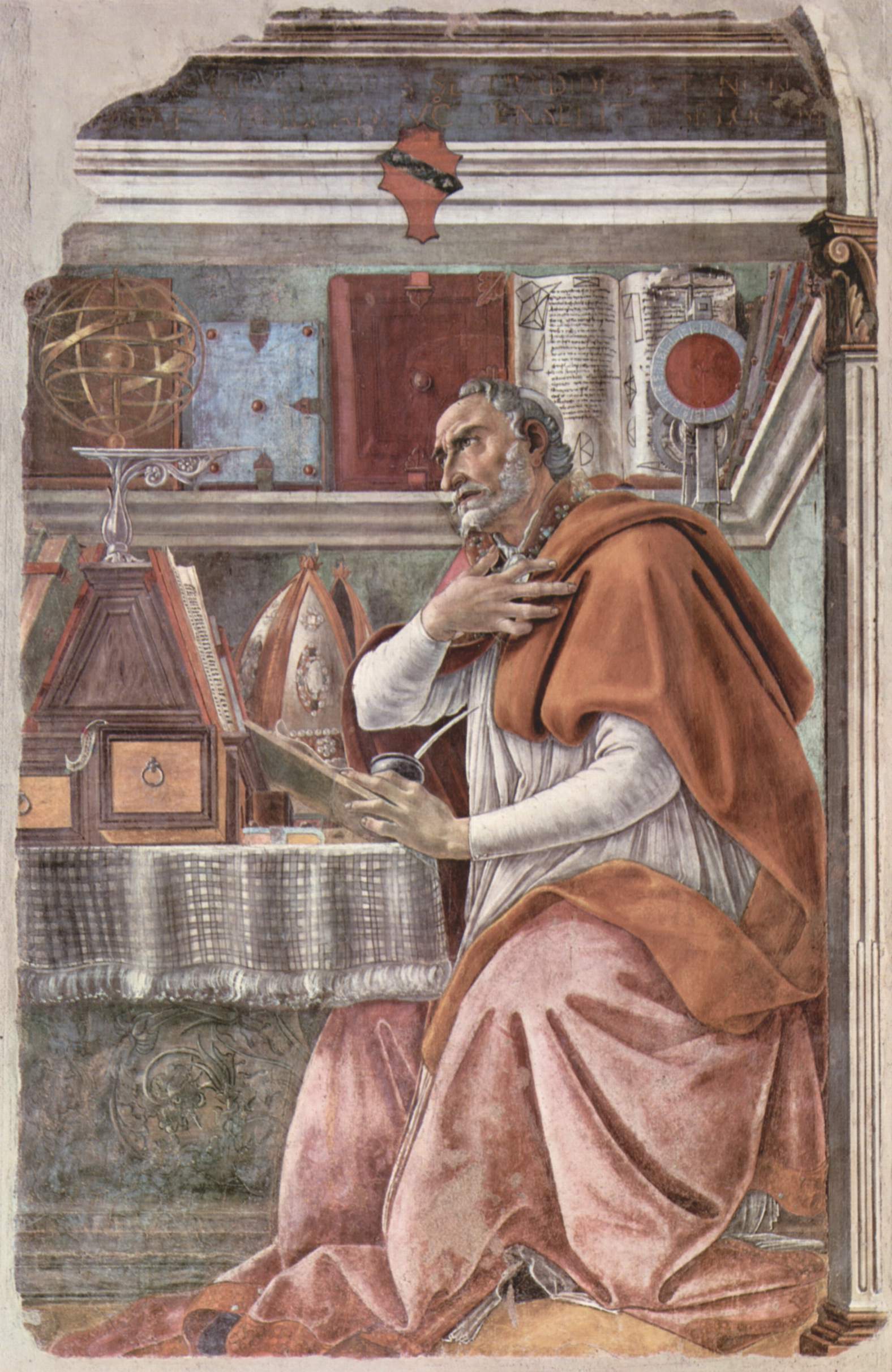 Today, August 28, the Catholic Church ordinarily celebrates St. Augustine’s feast day. This year, however, his feast is liturgically overshadowed since it fell on a Sunday. Nevertheless, it’s still an appropriate occasion to recall the contributions of St. Augustine. St. Augustine is recognized as a Father and Doctor of the Church, and most Catholics are aware of his insights into theology and the spiritual life. His writings are the most referenced source of the Catechism of the Catholic Church after the Bible. What few people may be aware of is that he seems to have had inklings of the relativity of time long before Einstein developed his Theory of Relativity.

St. Augustine’s Confessions are written as a prayer and discuss a variety of topics. An oft heard quote from them is “You made us for yourself, and our heart is restless until it rests in you” (Confessions, Book I, Chapter 1). Hundreds of pages later (in Book XI), he considers the question that people were purportedly going around asking in his day, “What was God doing before he created Heaven and Earth?” St. Augustine was not impressed by the facetious response that some people would make, “God was preparing hell for those who pry into such mysteries.” Rather, he argues that this question is simply not well posed, since it assumes that there was time before creation and it implies that time is absolute. On the contrary, St. Augustine says, God created time and space from eternity. As a result, there was no “before” that applies to time except after creation. I like to explain the relation between time and eternity in terms of a river and a nearby mountain. From the summit, one can see the whole river at once (or at least from one horizon to another; no metaphor is perfect), just as from eternity one can see and, in a certain sense, access all of time.

Even after St. Augustine, not everyone has understood time in this way. Isaac Newton treats time and space as absolute (see this article), and it can be argued that absolute notions of space and time are more intuitive. Probably for this reason was Einstein at first dismissed for his Theory of Relativity. Only after observations backed up his theory was he vindicated.

I think it unlikely St. Augustine would have suspected that a clock on an object approaching the speed of light would measure less time as having passed. Relativity was clearly a contribution from Einstein. Nevertheless, St. Augustine was one of the first thinkers to pry into the nature of time and come out with a good grip on many of its aspects. A certain story St. Augustine tells elsewhere in the Confessions (Book VII, Chapter 6; paraphrased in this article on the conventionality of simultaneity) has been recognized as the “earliest recorded example of an operational definition of distant simultaneity.” St. Augustine was evidently ahead of his time 😉

As St. Augustine was in his final days in the city of Hippo, the Vandals, an invading Germanic tribe, arrived and began to lay siege to it. After he passed away, they would burn the city. Interestingly enough, the team name of the University of Idaho (where I am in graduate school) is the Vandals, and the Catholic center on campus is called the St. Augustine’s Catholic Center. Was that done on purpose?