Why Does Spring Start March 20? 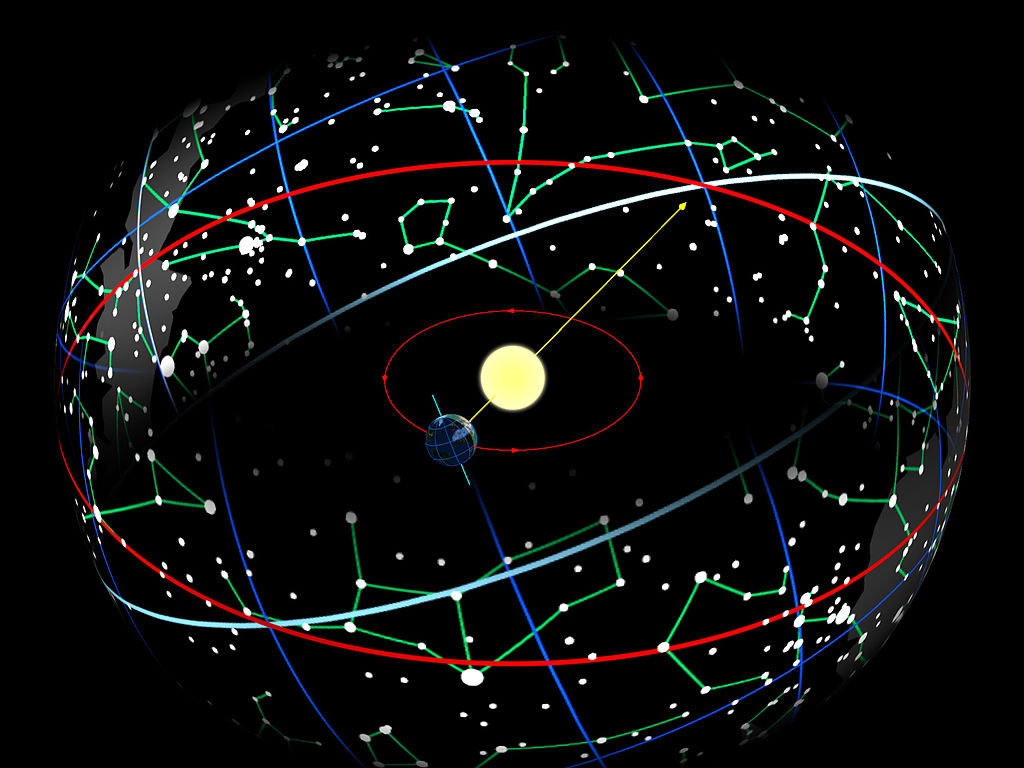 The first day of spring and the first day of fall happen on equinoxes, when the plane of Earth’s equator passes through the Sun’s center. Day and night are appoximately (but not exactly) of equal length.

Before Julius Caesar introduced his calendar in 45 BC in order to approximate the tropical (solar) year, the seasons had never been fixed to calendar dates. (In this blog post, I won’t go into all the details about the different ways of measuring years, which I have done elsewhere.) In the Roman system, calendar years were at first only 304 days (the Calendar of Romulus), which were split into ten months, March being the first. This is why the our months September through December are misaligned with the numbers 7 (septem), 8 (octo), 9 (novem), and 10 (decem). Through the reform of King Numa Pompilius around 700 BC, January and February were added. At this time, however, some months had fewer days than they do now, and the year consisted of only 354/355 days. To make the calendar follow the seasons a little more closely, the Pontifex Maximus (the head of the main college of priests in ancient Rome) was given the authority to insert an extra month between February and March. Since the Pontifex Maximus ended up wielding this tool for political purposes, it was not long before the seasons and year were misaligned. To re-align the year, Julius Caesar made 46 BC last 445 days, and then implemented his new calendar on January 1, 45 BC.

In 45 BC, March 25 was the first day of spring. The Julian year (365.25 days), however, is slightly longer  than the tropical year (365.24217 days). This caused the seasons to drift forward in the calendar. After a few centuries, spring was beginning on March 21, when a decree from the Council of Nicaea (AD 325) included the vernal equinox as part of the equation for determining the date of Easter (the Sunday after the first Full Moon after the vernal equinox) so that Christians throughout the world would celebrate Easter on the same day. No change was made to the calendar at this time, however, and the seasons continued to drift. By the time of the Gregorian calendar reform in 1582, the vernal equinox fell on March 11. Pope Gregory XIII wanted to bring it back to where it was when at the time of the Council of Nicaea. So in 1582, to bring the seasons back on track, ten days were skipped. Those who heeded the Pope’s decree in 1582 went to bed Thursday, October 4, and woke up Friday, October 15. To keep the seasons on track, the rule for leap years was also changed: years that are multiples of 4 have leap days (just like in the Julian calendar), except years that end in 00, except years whose digits before the 00 are multiples of 4. This meant that the years 1600 and 2000 were leap years (16 and 20 are multiples of 4), whereas the years 1700, 1800, and 1900 were not leap years. As a result, the Gregorian year is 365.2425 days, still not matching totally to the tropical year, but a good deal closer than the Julian calendar. Since the Gregorian calendar reform came from the Catholic Church, non-Catholic countries delayed even centuries in making the switch (e.g., England in 1752, Russia in 1918). This, however, is the calendar the Western world follows today.

The vernal equinox falls on March 20 this year, but some years it will fall on March 19; some years, on March 21. The oscillation is mainly due to leap days being observed in some years and not in others. The first days of other seasons differ by plus or minus a day as well. Here’s a chart that shows the transition times between seasons.

Although the 25th of March, June, September, and December no longer coincides with an equinox or solstice, it still keeps some of the meaning that was associated with its previous status. In Christianity, December 25, of course, is the birth of Christ. Nine months prior, March 25, is the feast of the Annunciation to Mary and Incarnation of the Son of God, as well as the traditional date for the Crucifixion. No wonder J.R.R. Tolkien, a devout Catholic, picked March 25 as the date for the destruction of the One Ring.